"For where two or three have gathered together in My name, I am there in their midst." -Matthew 18:20

The Catholic Daughters of the Americas is one of the oldest and largest organizations of Catholic women in the Americas.

They donate to charities, administer scholarship programs and strive “to be helping hands where there is pain, poverty, sorrow or sickness.” 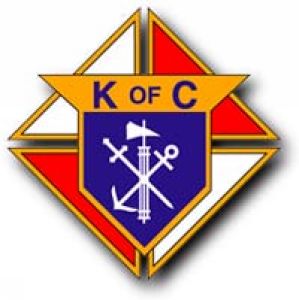 From the moment of our founding in 1882, charity has been the first principle of the Knights of Columbus. We are Catholic men of faith and men of charitable action.

In 2016, the Knights of Columbus set a record in charitable giving for the 18th consecutive year. Our charitable donations increased from $175 million in 2015 to a new total of $177,500,673 in 2016. In addition, we achieved our highest level of charitable service in 2016, volunteering more than 75 million hours of service. The number of service hours contributed by Knights rose in 2016 by more than a million over the previous year’s total.

St. Paul’s Respect Life Ministry (SPRL) aims to foster a life-affirming culture in our parish and community. We believe that all life—from conception to natural death—is sacred and should be protected and honored. Our mission is to pray for the weakest among us and to raise money to help support local Pro-life causes. We meet on the first Monday of the month at 7:00 p.m. at the church offices. For questions, email Lori at RespectLifeNampa@gmail.com.

A Scriptural Rosary, sponsored by SPRL, is recited before all of the Sunday Masses.

SPRL meets the third Monday of the Month at 7:00 p.m. at St. Paul’s Rectory. All are welcome to attend.

The Prayers Shawl ministry is to engage the power of prayer though the communion of parishioners who volunteer to produce a gift that is both tangible and spiritual to bring ongoing comfort and support to an individual in need. Monthly gatherings will include prayer, creating beautiful shawls, share conversations and enjoy the company of friendly, caring, talented individuals. You will receive information about prayer shawl patterns, pick up yard and turn in completed shawls. You can support this ministry by volunteering to make shawls or by providing donations of yarn. All those wanting to share their knitting or crocheting skills are invited please feel free to invite your friends and neighbors to join you.

The Prayer Shawl Ministry meets on the fourth Thursday of each month from 2-4 pm in the conference room at the church.

Our Lady of Guadalupe Conference

“A network of friends inspired by Gospel values growing in holiness and building for a more just world through personal relationships and service to people in need.”

Extraordinary Form: 2nd Sunday of the month at 3 PM